IF YOU HAVE QUESTIONS CONCERNING EAGLE FIELD, PLEASE CONTACT US 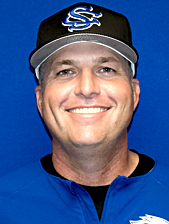 Joe Blackwell enters his sixth season at the helm after taking over the Southwestern Christian University baseball program prior to the beginning of the 2015 season. He is on pace to pick up his 200th career win early in the 2020 season.

Blackwell originally joined the SCU coaching staff in its inaugural season in 2014 as associate head coach and recruiting coordinator. He also serves as SCU’s Associate Vice President of Athletics and Operations.

In 2019, Blackwell led SCU to more than 40 wins for the fourth consecutive season. The Eagles set program records in total and Sooner Athletic Conference wins with a record of 47-17, 17-10 SAC. The Eagles began the season winning 15 of their first 18 games, including a perfect game from Victor Del Carmen on Feb. 9 and a no-hitter from Juan Carlos Gonzalez on Feb. 22.

The Eagles hosted the 2019 NCCAA Central Region Tournament and took home their first postseason trophy when they defeated College of the Ozarks (Mo.) 17-7 on May 16.

SCU entered its fourth consecutive NCCAAA World Series as the top seed on May 22 and made a third-straight trip to the semifinals before falling to Warner (Fla.).

In his first year, SCU upped its overall win total by 18 from the 2014 season and won seven more games in SAC play. The Eagles finished the season at 26-26, made a deep run in the SAC Tournament and competed in the NCCAA Central Region Tournament.

Blackwell and the Eagles reached new heights in the in the 2016 campaign going 44-17 overall and 16-8 in SAC play. SCU spent much of the season as the top-ranked team in NCCAA baseball and broke into the NAIA baseball top-25 coaches poll for the first time in program history.

The Eagles finished the regular season third in the SAC standings and participated in the NCCAA World Series for the first time in program history. Blackwell was also named NCCAA Central Region coach of the year

SCU notched 40 wins for the second time in as many years in season No. 3 under Blackwell. The Eagles finished at 40-25 and made their second trip to the NCCAA World Series where they  reached the semifinals before falling to national runner up Campbellsville (Ky.) 5-4.

Blackwell also reached the 100-win plateau on April 15 in the first leg of a doubleheader vs. Dallas Christian (Texas).

Blackwell led the Eagles to their third straight season with 40 or more wins in 2018. SCU went 40-23 en route to its third consecutive NCCAA World Series. The Eagles made their deepest run in the SAC Tournament since 2015 and upset No. 5 Oklahoma City in the process.

In the NCCAA World Series the Eagles advanced to the semifinals for the second time in as many years before falling to Warner (Fla.).

Blackwell, a native of Oklahoma City, graduated from Moore High School and played collegiately at Rose State. After his playing career, Blackwell graduated with a bachelor’s degree in organizational leadership from Southern Nazarene. He received his MBA from Concordia University in May 2015.

Blackwell and his wife, Dana, have been married 23 years and have two children, Blake and Shelby. 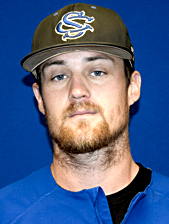 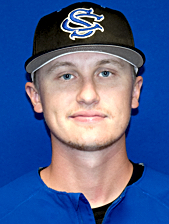 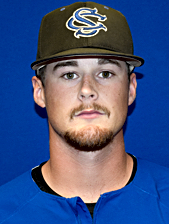 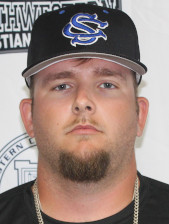 Manny Lopez: Player of the Year

Joe Blackwell: Coach of the Year

Michale Lowe: first-team/player of the year

Michael Lowe: first-team/player of the year

Michael Lowe: first-team/player of the year

Joe Blackwell: coach of the year

Kyle Vail: first-team/pitcher of the year